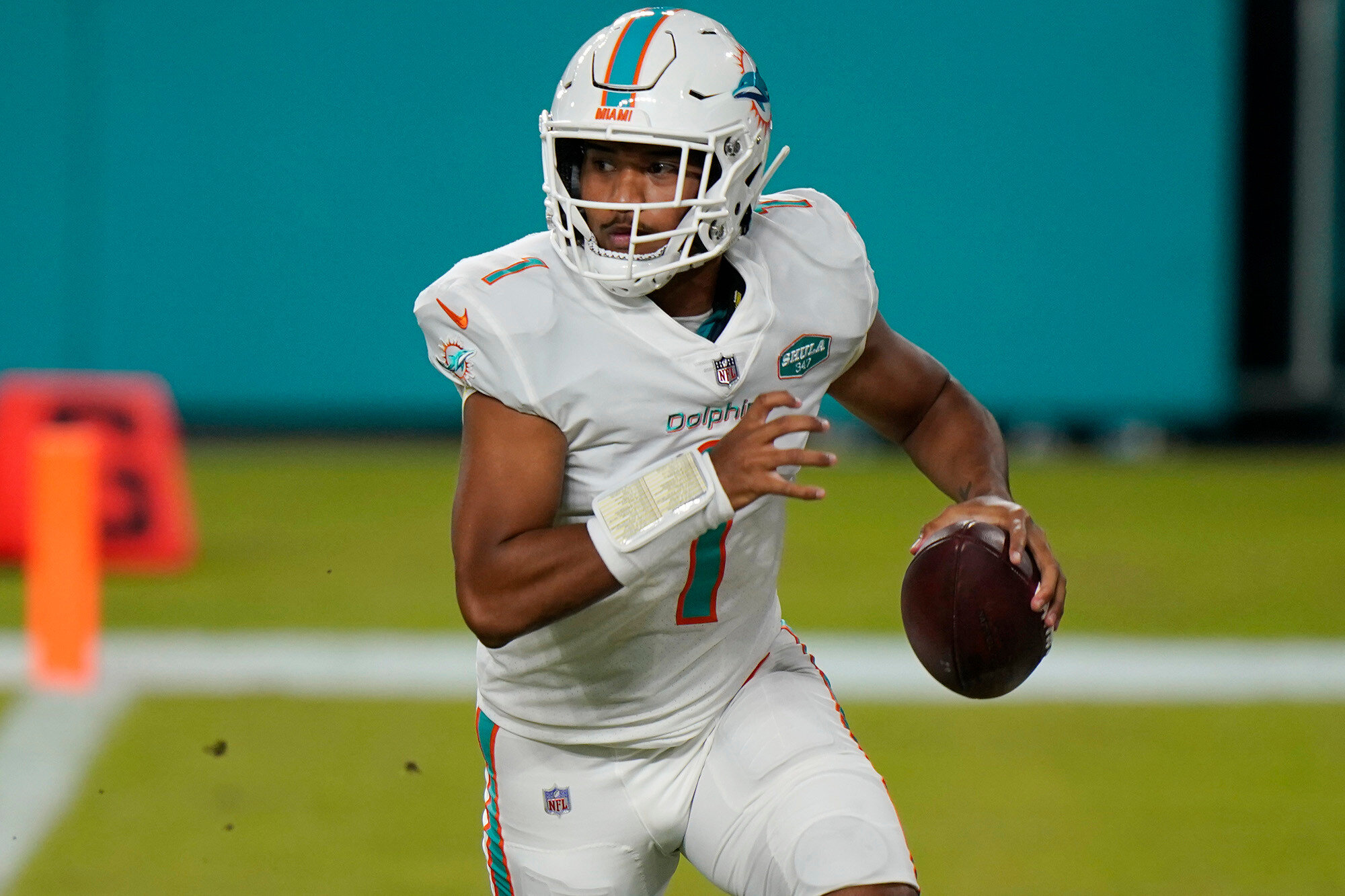 Week 6 of the NFL season happened, and we saw some incredible moments unfold like Andy Dalton making his Dallas Cowboys debut… and Case Keenum making his Cleveland Browns debut… AND TUA TAGOVAILOA MAKING HIS MIAMI DOLPHINS DEBUT! Yes, it happened - the likely 1.01 if it weren’t for injuries came on for a couple of plays for the Dolphins as they drubbed the Jets and is set to be their starter when they come back from their Bye round. Wonderful news for a talented kid, and wonderful news for the NFL that gets a bona fide play maker entering the league. 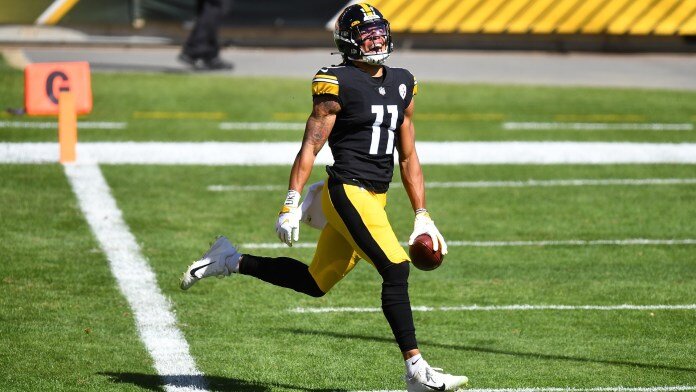 Week 5 of the NFL season has just passed us by with the Titans screwing us all about, again, and the Patriots are not without faults too as the NFL brass shakes, rattles and rolls a schedule out on the fly. But that is what it is, it is out of our control and I hope everyone’s commissioner is aiding in flexibility to help your fantasy lineups per week. In a beautiful return to the lineup, Alex Smith came back from a train wreck of an injury where it looked like he could lose his leg - and a few hours later Dak Prescott’s ankle was pointing in a direction that isn’t the right way. We here wish him a speedy recovery. 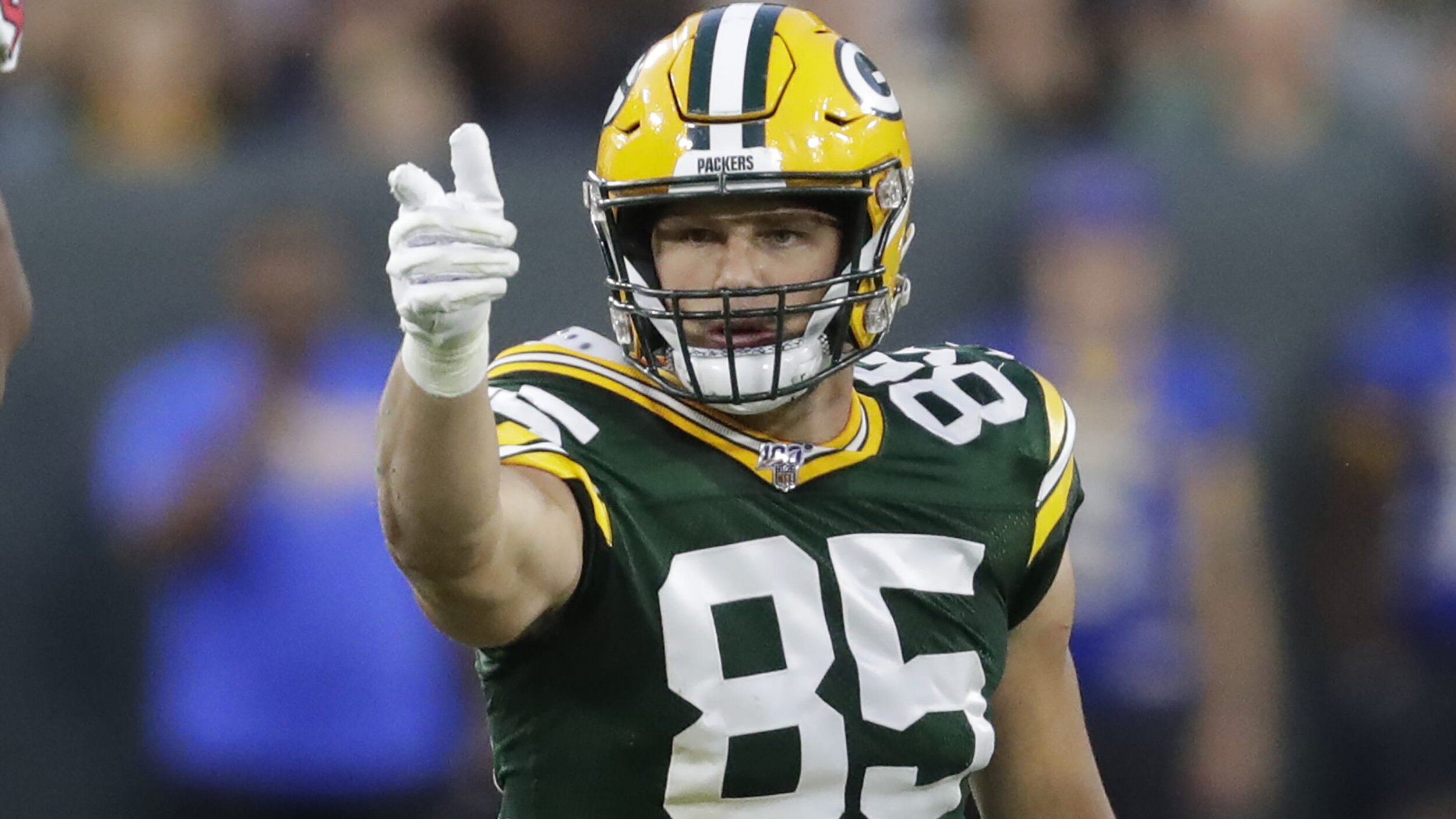 Week 4 of the NFL season happened, and would you believe it if I told you that a quarter of the fantasy season was over already? Is that madness or what?! In what feels like the longest year that we have all endured, with fantasy football being as good of a distraction as anything could be, that we are already 25% done? That, my Bandits, is nuts. That also means that some teams in your league could be 1-3 or even 0-4 and as a Commissioner or just as a good league-mate if anyone is discouraged please help those guys or girls out to avoid them becoming disinterested. A few things you could do to encourage those is to: 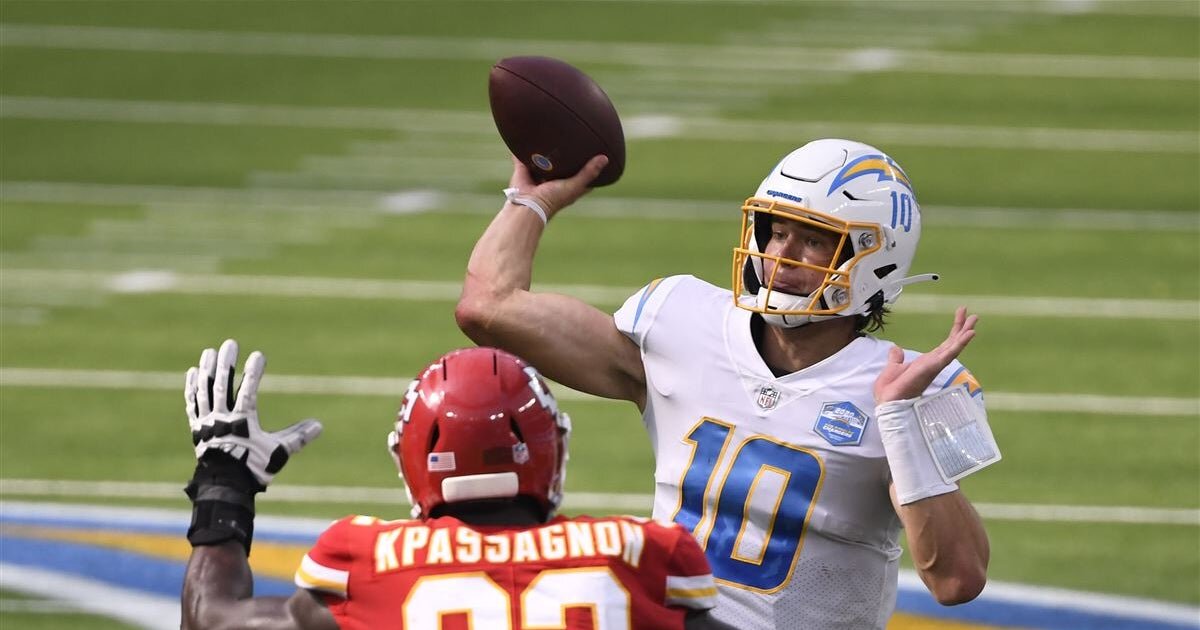 Week 3 of the NFL season happened, and we saw some incredible moments unfold including not as many players ending on the IR. I mean that in itself is a big, big win, right? Some rookies stepped up and had big weeks, along with some players who may not be household names stepping up and getting the job done. There was a lot of underlying factors that happened, and right now I am going to recap that for you with how it can impact your Week 4: 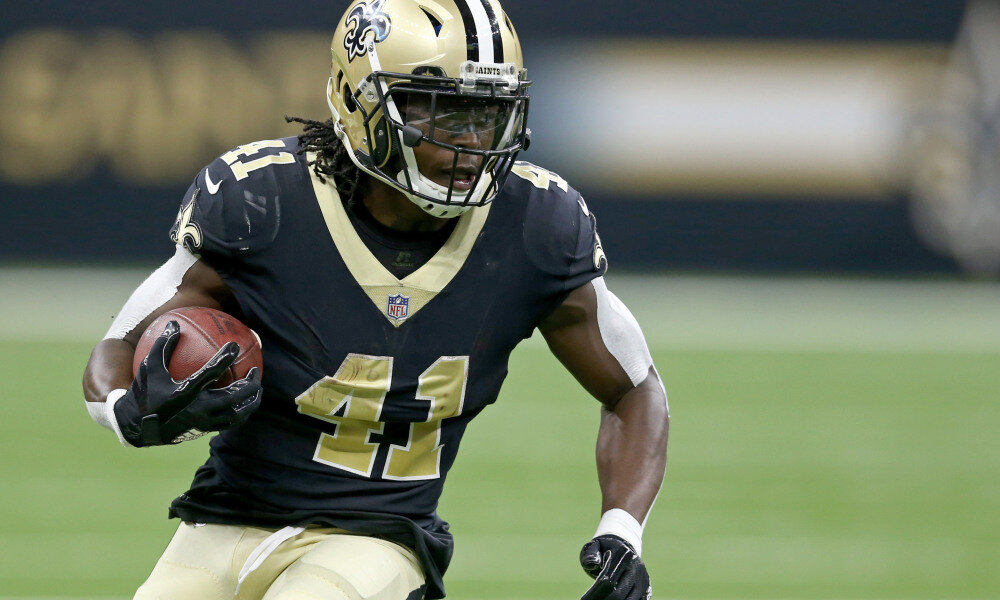 Week 2 of the NFL season happened, and we saw some incredible moments unfold, starting with everyone getting hurt. Everyone. I do not even want to type the names out because it will give the premise that these guys got hurt more power. Unreal. Anyways we saw some absolutely stunning games of football, including Dak Prescott rescuing the Cowboys in an epic come-from-behind victory over Atlanta, Cam Newton and Russell Wilson going head to head in a classic, and tight high scoring matchups between the Bills and Dolphins, and Titans and Jaguars. An awesome weekend of football was had to say the least. 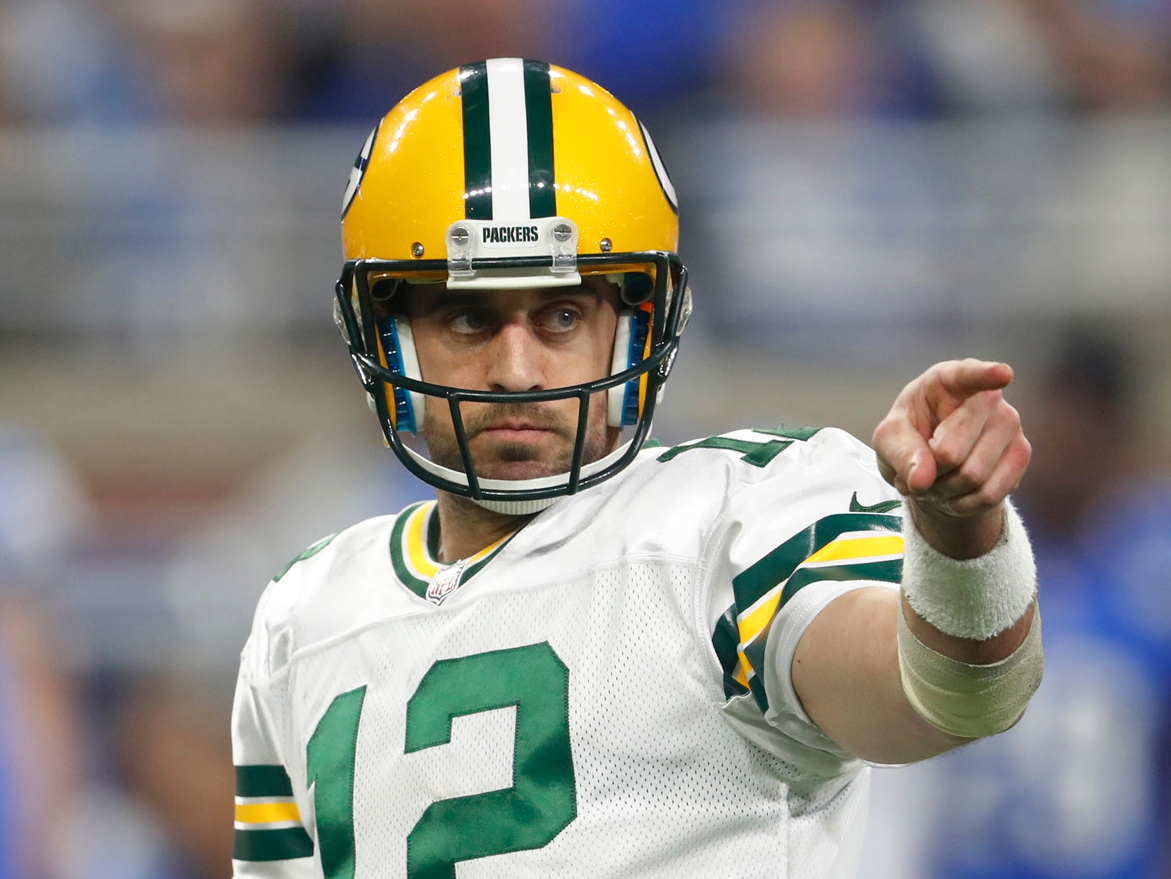 Week 1 of the NFL season came and did not disappoint, and if you think it did disappoint then please go back to March and discover what a world without sport was like and come back to me and say it again. Go on, I dare you!

Start: your RAAAAAIIIDEEERRRRRRSSSS!!! Yeah, the newly named Las Vegas is on the road against a ‘who knows’ collection of players on the defensive side of the ball for the Panthers. I feel like the Raiders have had a steady offseason and they have quietly collected more experience on both sides of the ball; I can see them surprising everyone in the season opener. Jacobs, Ruggs, Edwards, Waller are all ‘set them and forget them’ this week. 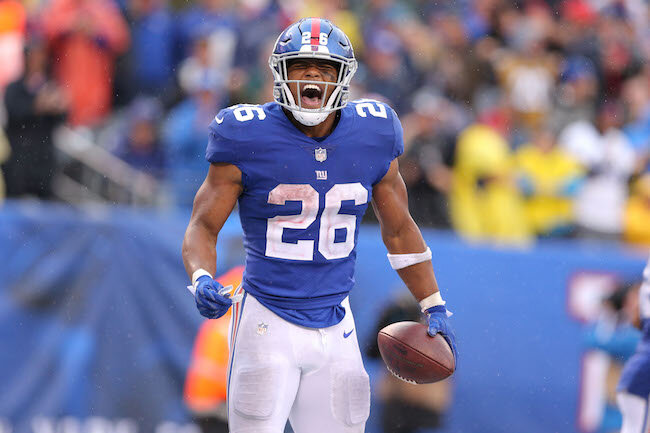 The stars have aligned for Clyde Edwards-Helaire have they not? And to be clear, I think Johnothan Taylor is the best running back in this class, but circumstances for him compared to Edwards-Helaire are apples and oranges at this point. We know that LeSean McCoy has been released (who is now in Tampa), Damien Williams has opted out for the season (due to COVID-19 issues) and the Chiefs top 2020 selection is pretty much unto himself for opportunity this year. So much so, ‘CEH’ is now the RB7 in redraft formats, which is an insanely high price to pay for someone who may not have the distinct ability of an Elliott, Barkley etc. People have bought into the opportunity and the scheme then the talent. Do I think he gets over 250 rush attempts? No. But can he take the targets he will soak up and proverbially run with it? Yeah, I think so - and that is what you are hoping for him to return your RB7 investment. 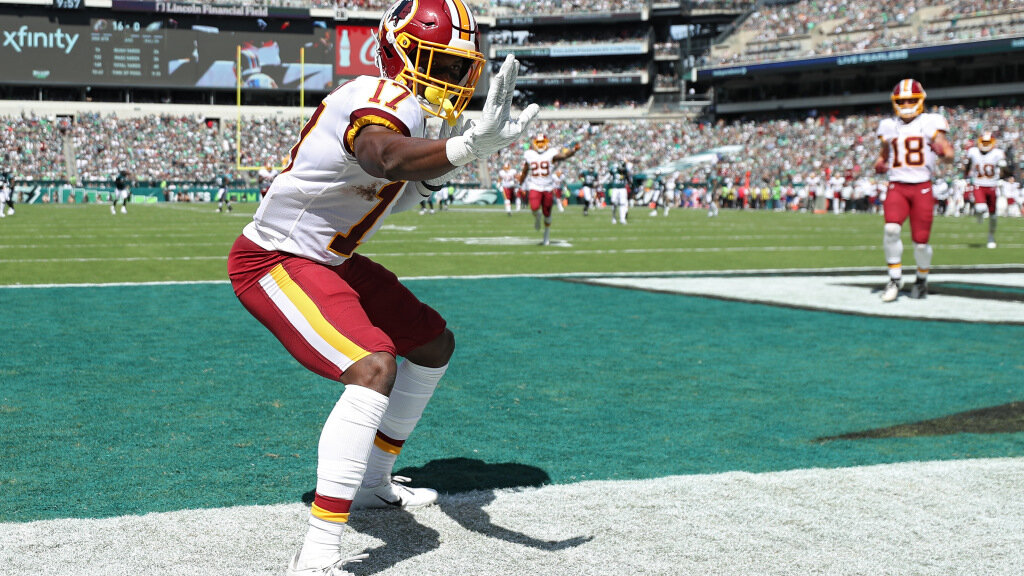 I am back with another #FantasyImpact article for you via @TheBackRowShow and I cannot wait for you to check this out. What I have been going over is the 2019 season Wide Receiver ADP (average draft position) with how the season panned out and how it lines up with current 2020 ADP. Maybe this might plant the seeds to help you to uncover some gems that we weren’t thinking of previously and hey - maybe a waiver wire pick up here or there in the future! With this in the back of your mind, it could help change your fantasy fortunes at exceptionally low cost. 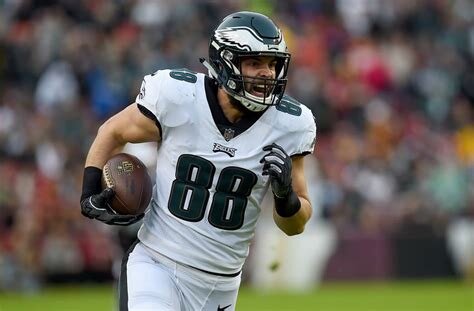 I am back with another #FantasyImpact article for you via @TheBackRowShow and I can’t wait for you to check this out. What I have been going over is the 2019 season Tight End ADP (average draft position) with how the season panned out and how it lines up with current 2020 ADP. Now remember that T.E.L.I.A is a Back Row Show mantra and we still stand by it - however, maybe it might help you to uncover someone that we weren’t thinking of previously and hey, maybe a waiver wire pick up here or there could help change your fantasy fortune at the cost of zero. 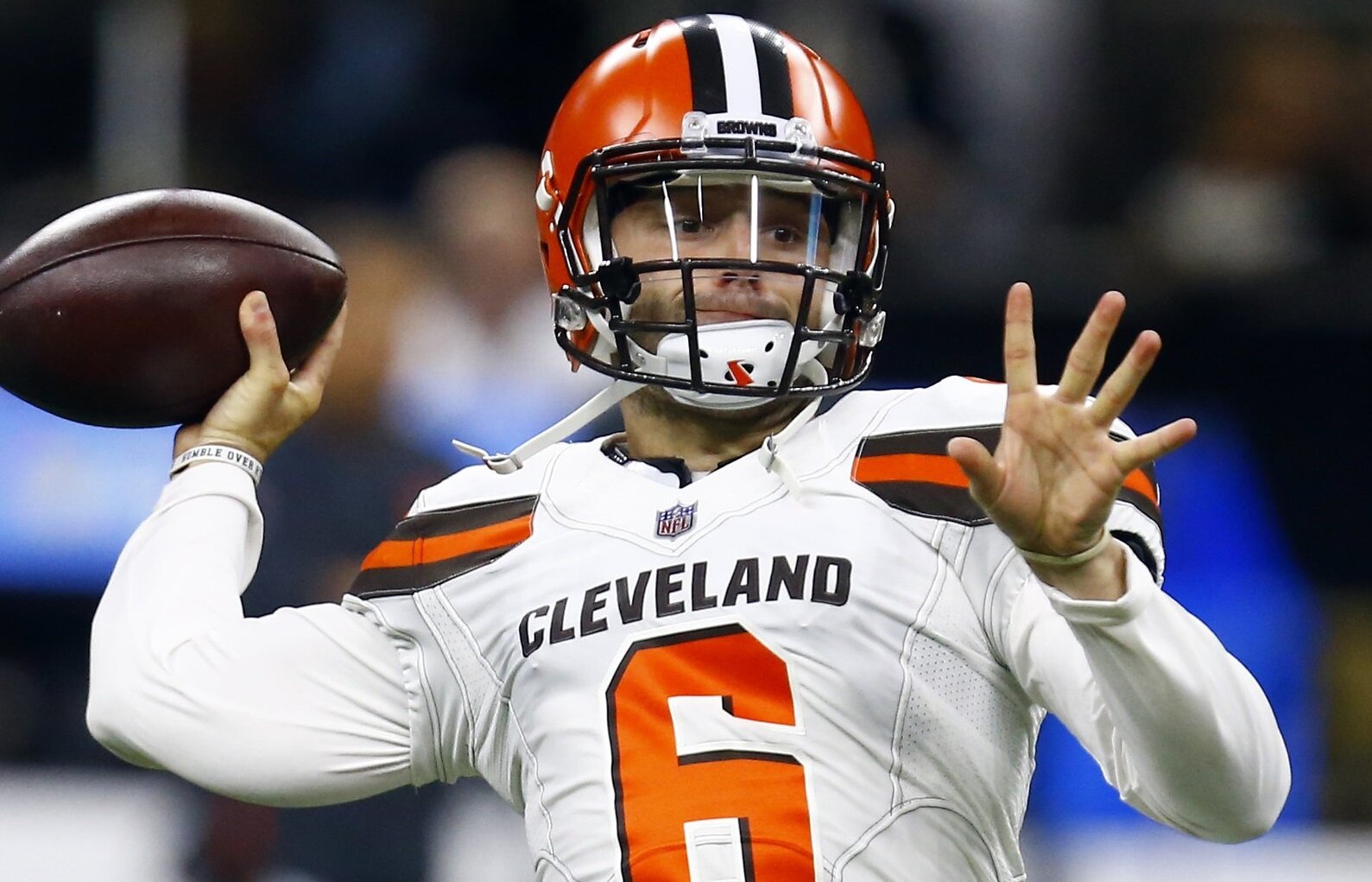 I’m back with another #FantasyImpact article for you via @TheBackRowShow and I can’t wait for you to check this out. What I have been going over is the 2019 season Quarterback ADP (average draft position) with how the season panned out, and how it lines up with current 2020 ADP. But enough of the niceties, let us crack into it! 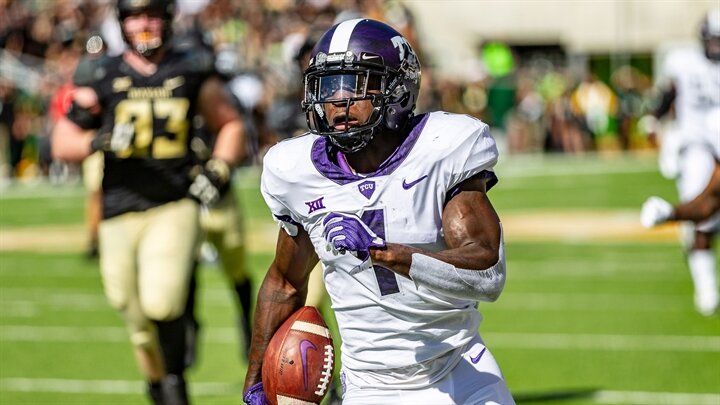 Carson Wentz managed to finish as a top ten fantasy QB while throwing to people he probably met on game day for the first time. The Eagles invested their first round pick into another wide receiver (and we know their track record with that) but for what it’s actually worth, I feel like amongst all their failings they were never actually this secure and settled with who was throwing the ball in the first place for it to really matter.

So, I have been punching out audio for @BackRowGiants podcast which has been not only a learning experience but a stack of fun also. And I have no shame at all; so, feel free to Subscribe, Download and Share with everyone you know! That bad boy can be found on all podcast platforms, along with the other teams collaborating at the Back Row Network -we have a great group of people talking about their favorite teams - what more could you want?

Start: Anthony Miller who has probably been forgotten about after back-to-back Thursday games. It happens, you’re human. He’s seen 37 Targets in the last month, and there’s a good chance the Bears will be on the back foot at Green Bay this week which would make me feel good about that opportunity in front of him.

It’s playoff time and if you didn't get in then you probably didn’t pay attention! Yeah, I could be nice and say ‘better luck next year’ but the reality is that we here @TheBackRowShow have been churning out content all year and if I can reach into an old bag of tricks ‘proper planning prevents poor performance’ then you know right now that I am right. 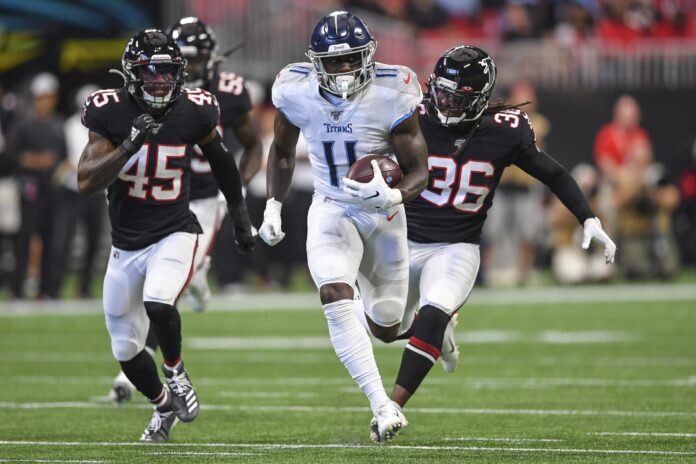 It's a short week, and there are a few games on Thursday due to it being Thanksgiving week (and I hope you all enjoyed yourself) and the reality is that sometimes things just don't work out the way we always want them to. So how else can I get the message across, other than in song form?

Week 11 got off to a head-belter... I mean a head scratcher as Mason Rudolph is quite possibly the first player in the NFL to have a helmet ripped off his head, only to be wearing another helmet. Pal, you’ve had a shocking game and starting a fight with Myles Garrett isn’t the answer. And Myles Garrett, you moron just as your team has a glimmer of hope to make the playoffs with you leading the charge - you selfishly kill that ideal off. Marquise Pouncey, kicking a guy on the ground? You sir are also a tool.

Week 10 gave us something to think about. We wanted Dallas to be ruthless, but Dallas blew it while Philadelphia were on the Bye and couldn’t extend their lead atop of the East. Whilst in the process of choking, the Vikings stamped their authority on the Cowboys in prime time and on the road, while Kirk Cousins again without Adam Theilen looks money regardless. Irv Smith Jr is starting to see some targets come his way, keep an eye on him in Dynasty formats. 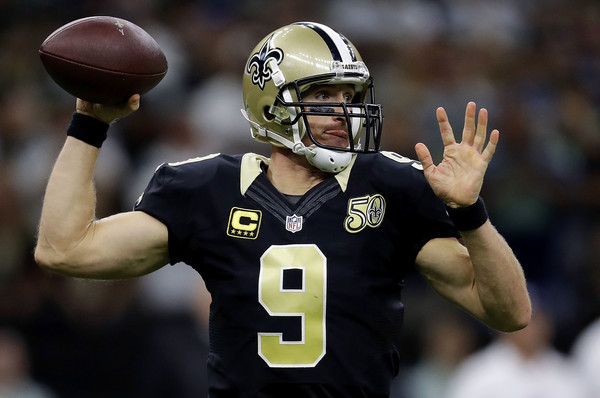 It’s your guy here ready to rock and/or roll with you into Week 10, as we see 6 teams on the Bye this week take a spell, with 3 games that contain 6 teams with negative records facing off against each other?

So am I excited? You are darn right I am! I have no problem seeing the Jets and Giants smash the life out of each other (only to be out done by the resident black cat who may turn up). I have no problem in seeing a divisional rivalry in the Lions and Bears who both have a lot to play for. I have no problem within the points bonanza that will be the Cardinals at Tampa this week in what could well be the game of the week. 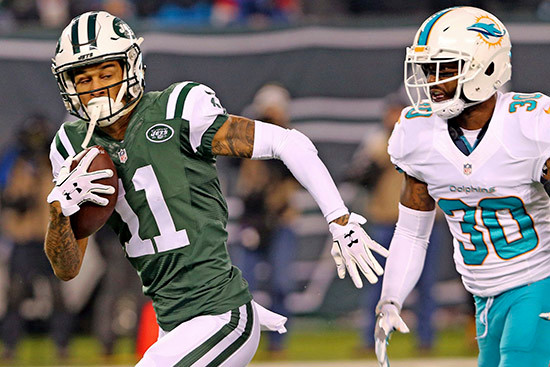 Week 8 was great, wasn’t it! Any time you can get Joe Flacco on the podium hammering the elementary play calling Denver has spewed week after week is just super.

We saw a few teams make some trades this week, like Kenyan Drake to Arizona. And we have seen a few moved to the IR (like Flacco) and look done for the year. And we saw some veterans benched (like Case Keenum) as Dwayne Haskins takes over. And then there was the Bengals, that found a way to kill off a veteran like Andy Dalton, who had some choice words for the organization after not allowing him time to work out a move elsewhere as it was playing out.

*Entertainment Only*  The information provided by The Back Row Fantasy Show is for entertainment purposes only.